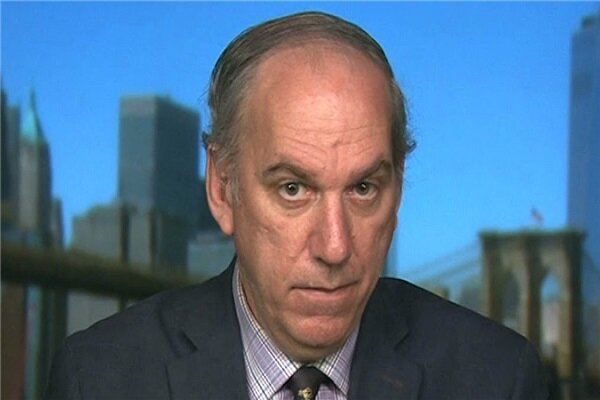 TEHRAN – An American writer says after the U.S. invaded Afghanistan in 2001, the American leaders neglected rural Afghans that led to hatred against Washington.

“Military leaders backed the merchant class in Kabul, not understanding how rural Afghanis dislike them (or worse),” Charles Ortel tells the Tehran Times.

After a two-decade war on Afghanistan, the U.S. withdrew from the country hurriedly. Critics say Biden’s move was unlearned, as he put American allies in Afghanistan at risk.

Donald Trump, in a statement, said it was time for Biden to resign. His statement came after the Afghanistan government collapsed, President Ashraf Ghani fled the country and the Taliban captured the capital Kabul.

However, many political observers say that withdrawal from Afghanistan was planned by Trump’s administration and Biden followed the same policy.

Ortel says, “While it is true that Trump and many Americans desired a long-overdue exit from Afghanistan, Biden cavalierly structured a hasty surrender to an unelected government failing to consult with coalition partners and abandoning local supporters and Americans in the chaos of his own making.”

Following is the text of the interview:

Q: The U.S. lost more than 2000 soldiers, spent more than $2 trillion, and finally left Afghanistan. Also, in 20 years of occupation, Afghanistan lost more than 200,000 of its citizens, poverty increased by two times. Also, the government lasted only for two weeks after the U.S. departure. Now how do you assess the results of the war on Afghanistan?

A: Under President Joe Biden’s “leadership”, America has squandered much more than blood, treasure, and goodwill in his abrupt, woefully mishandled departure from Afghanistan. Then again, Biden was Vice President under Barack Obama, when that pair created conditions that brought misery and suffering in numerous nations, especially across North Africa and the Middle East (West Asia).

Those in power now in the United States, particularly the arrogant woke; imbeciles are fond of ignoring lessons of history. America’s founders were not. History close to their days was bloody and littered with war carnage. So, they insisted on making it difficult for the United States to be drawn back to war. Recent years are replete with gross errors in judgment regarding military conflict, and not only by Obama and Biden but by Republicans too.

Sadly, it is too soon to assess damages regarding Afghanistan, which may descend into civil war and not soon become an integrated, viable nation-state.

political leaders armed Osama bin Laden to fight the Soviet Union, not understanding him or the grave potential for blowback at home.

Q: Today many, and not just U.S. foes, are talking about the U.S. decline as an empire. This is the title of an article in the Jerusalem Post that says Trump as well as Obama and Biden all shared and practiced in this course. Do you agree with the view that the U.S. handling of Afghanistan was a show of the decline of the U.S. as a superpower?

The largest challenger to U.S. influence – China – is itself a crippled economy whose purported strength is not confirmed evaluating statistics found in the public domain. As elsewhere, consumption and wealth are concentrated in the top 10% of households. So, when you divide the remaining consumption by 90% of their households you see that these households have much lower spending than households in America, Japan and Europe. As for capital “investment”, these same statistics (see UNCTAD time series from 1970 forward for all nations, breaking down GDP by component), you see that China has inflated an asset bubble much larger than Japan did through 1989.
Turning to politics, we see in Hong Kong how the present government of China treats dissent and treaties. Imagine how this government ultimately will treat non-Chinese and religious peoples who they decide are not of strategic relevance.

Other nations surely will rise to challenge America and its remaining allies, but the present government in China will collapse under its own weight of bad debts and worse investments.

Q: Many inside and outside the U.S. blame American decision-makers for invading Afghanistan and Iraq, especially Iraq which posed no direct threat to U.S. national interests and the war was waged based on false claims. Is there any serious will in the U.S. to correct the wrong path? I mean ending endless wars.

A: Absolutely, and this is seen in affinity among supporters of Bernie Sanders and Donald Trump.

Yes, powerful interests support the military-industrial-media-academic complex. But a growing number of Americans correctly question the wisdom and morality of fighting endless wars when our nation houses about 5% of the world’s population.

Just considering 2000 forward (and we certainly should review farther back in time), America’s leaders have rushed us into horribly damaging conflicts on poorly constructed, even false predicates.
This will change, and there must be serious consequences for many who operate as if they are outside and above laws.

“A growing number of Americans correctly question the wisdom and morality of fighting endless wars.”

Q: Biden continued Trump’s approach in negotiating with the Taliban to end the U.S. presence in Afghanistan. So why do the Republicans strongly criticize Biden? Are they unhappy with the exit or the way it was handled?

A: While it is true that Trump and many Americans desired a long-overdue exit from Afghanistan, Biden cavalierly structured a hasty surrender to an unelected government failing to consult with coalition partners and abandoning local supporters and Americans in chaos of his own making.

Under Biden’s tenure, the Taliban (and others) sensed weakness and broke provisions of the conditions-based Trump agreement in principle. Rather than counterpunching, Biden abandoned Bagram Air Base and let a vast arsenal of American weapons course into the hands of recently released criminals and jihadists.

Perhaps the only good news in all this horror is that the Biden Administration will never succeed in curtailing the constitutionally protected right in America to keep and bear arms.

Q: The Afghan army was trained by the Americans. It was armed with U.S.-made vehicles and the government was on international bankrolling. However, the government and army collapsed within a couple of weeks and failed to confront the Taliban. What are the reasons and implications of this experience?

A: Arrogance, incompetence, and corruption are three main reasons.

Political leaders armed Osama bin Laden to fight the Soviet Union, not understanding him or the grave potential for blowback at home.

Military leaders backed the merchant class in Kabul, not understanding how rural Afghanis dislike them (or worse).

Meanwhile, too many people made too much money selling a story of supposed success in Afghanistan, which is physically too far away from America to get the objective focus it deserves.

What You Need to Know Today – The New York Times