Saudi ties are deep with both established parties in U.S.: American writer 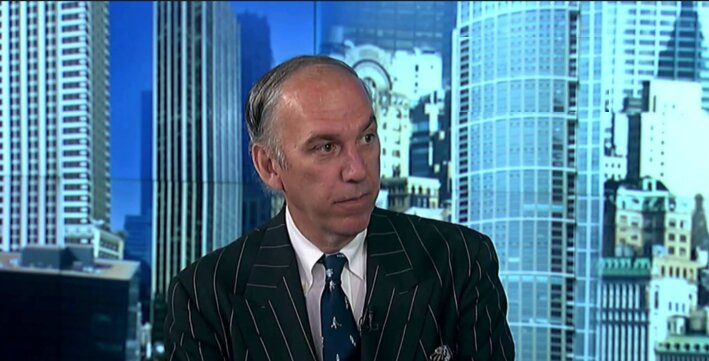 TEHRAN – An American writer says that the U.S. with its two main parties (Democrats and Republicans) have deep ties with Saudi Arabia.

“Saudi ties are deep and robust with both established parties,” Charles Ortel, investor and writer interested in lasting peace, tells the Tehran Times.

“That said, thinking observers must wonder how aggressively MBS ultimately may behave and how his rule will impact the Middle East (West Asia) and wider world,” Ortel adds.

The United States has approved a $650m sale of air-to-air missiles to Saudi Arabia, in what would be the Biden administration’s first major weapons deal with the Persian Gulf kingdom.

In a statement on Thursday, the Pentagon said the U.S. State Department approved the sale to help Riyadh counter current and future threats.

“President Biden, notoriously wrong for much of his long career in politics, has assembled a woefully incompetent team of senior advisors and cabinet officials, many of whom cut their teeth in the Obama and Clinton administrations,” Ortel argues.

Following is the text of the interview:

How do you see U.S.-Saudi ties under the Biden presidency? He pledged to pursue Saudi authorities for violation of human rights but he is continuing arms sale to Riyadh.

President Biden, notoriously wrong for much of his long career in politics, has assembled a woefully incompetent team of senior advisors and cabinet officials, many of whom cut their teeth in the Obama and Clinton administrations. Worse, this team is out of touch with independents (a large slice of likely voters), moderate Democrats, and Republicans so it will not easily garner required public support for major foreign policy initiatives, however aggressively these are sold by mainstream media or shared on social media.

“The Biden administration is increasing tensions with Russia over Ukraine and with China over Taiwan.”Saudi ties are deep and robust with both established parties. That said, thinking observers must wonder how aggressively MBS ultimately may behave and how his rule will impact the Middle East (West Asia) and wider world.

Why do successive U.S. administrations have the lust to support tyrannical regimes like Saudi Arabia and the Emirates? Apparently, there is no difference between Democrats and Republicans in this regard.

Tyranny is not restricted to the examples you cite and is a sad fact of life on all continents where humans reside. The rich nations in the Middle East (West Asia) have towering demand for products and services sourced from the West. With decades of practice, they expertly navigate the back channels of power and will not soon be stopped absent another wave election; should one occur in 2024. Meanwhile, Biden’s absurd energy policies only make oil importers more vulnerable to the whims of oil exporters.

How do you describe U.S. withdrawal from Afghanistan? After two decades of war against the Taliban, Afghanistan witnessed the Taliban rule again.

Worse than shameful and arguably criminal.

America’s Founders knew well the dangers posed by military conflict. This is, in part, why our presidents are required to get approval in our House of Representatives to declare war. Yet, for many decades, presidents from both parties have skirted this requirement using legalese to propel America into countless, errant and ill-conceived conflicts.

The abrupt and woefully handled exit from Afghanistan leaves that nation and America’s relations with NATO and other allies in tatters. Honorable leaders would resign, but then this team sees no shame in its arrogant ignorance.

How do you evaluate U.S. international influence and reputation after former president Trump left a bunch of international agreements? Apparently, NATO members no longer trust America.

Here, one must distinguish between Senate-confirmed treaties and agreements that were never ratified by our Senate, in some cases because American negotiators knew that ratification was impossible.

Concerning Biden, no president in modern history has damaged America’s true strategic interests and standing more in such a short time. Beyond vexing problems in Afghanistan and the Middle East (West Asia), the Biden administration is increasing tensions with Russia over Ukraine and with China over Taiwan.

Relentlessly under concocted assaults by remnants of the Obama administration, by RINOs, and by corporate-owned media, the Trump administration, in stark contrast, tried to reduce tensions in many flashpoints by working creative solutions that earned Donald Trump nominations for a Nobel Peace Prize, deservedly, unlike the one bestowed on Barack Obama at the very start of his first term.

Do you predict Washington engage in a new war despite claims to put an end to endless wars?

Watching the course, so far, of the Biden administration, I am concerned we may stumble into conflicts abroad even as we suffer rising violent crime within what passes for our borders.
A growing percentage of likely American voters does not trust Joe Biden or his team. I would tread very carefully in any dealings with them and try to assess how their wings may be clipped through and after 2022 in our midterm elections.

Mario Vargas Llosa and the Age of the Strongman

OPINION | ON BOOKS: A great American novel about an ordinary man