While the world waits for Peng Shuai’s next message, an Australian writer in China remains in legal limbo

An Australian citizen charged with espionage in China still does not know the outcome of his trial months after proceedings.

Dr Yang Hengjun, a writer and academic, has been detained since 2019 after his arrest at an airport. He stood trial in May over charges that carry a sentence ranging from three years to the death penalty. Chinese authorities have not released any specific details of the charges against Dr Yang.

The verdict has been delayed, with Amnesty International Australia stating that they understand the hearing has been postponed until January.

“He has been detained since 2019 on totally baseless allegations that he is a spy, charges which appear to be politically motivated over articles he wrote that were critical of the Chinese government. This is an outrageous attack on his right to freedom of expression,” said Amnesty International Australia campaigner Nikita White.

One of his supporters, UTS Chinese studies academic Dr Feng Chongyi, says Dr Yang has suffered torture and lengthy interrogation during his detention, particularly in the first six months of his arrest.

“But he still has high spirits to fight against this political persecution,” he said.

Dr Feng was detained for a week in China in 2017. Although subject to lengthy interrogations, Dr Feng says he did not experience the extensive sleep deprivation he believes Dr Yang has suffered.

Dr Yang has two sons in Australia and a wife in Shanghai, who has Australian permanent residency. Dr Yang graduated from university in China in 1987 and worked for the Chinese Communist Party’s Ministry of Foreign Affairs. He resigned and moved to Australia to pursue his dream of becoming a writer, where he published a trilogy of spy novels which were inspired by his and his former colleagues’ experiences. The novels were banned in mainland China.

The 54-year-old completed a PhD at the University of Technology Sydney, under Dr Feng’s supervision, that explored the tension between the CCP regime and the internet. He pursued a pro-democracy online blog in Chinese language. Dr Yang was detained in China in March 2011 but was quickly released to Australia after intentional and diplomatic pressure. Despite his arrest, Dr Yang continued to write, softening his tone, and growing a large Chinese audience. In 2016 his blogs were shut down.

In 2018, after moving to New York as a visiting scholar, Chinese authorities lifted the ban on his blogs and he felt safe to travel to the country. He was detained upon arrival.

“We have conveyed to Chinese authorities, in clear terms, the concerns we have about Dr Yang’s treatment and the lack of procedural fairness in how his case has been managed,” she said in a statement.

The Chinese government have rejected claims the writer has been tortured.

“There is no arbitrary detention or forced confession with torture on Yang Jun,” said spokesperson Wang Wenbin in June, referring to Dr Yang by the name used by Chinese officials.

The Chinese Embassy in Australia was contacted for comment.

In early November, tennis player Peng Shuai posted a sexual assault accusation against former Chinese vice premier Zhang Gaoli on the heavily-censored Chinese social media. The post stayed up for a short time but once it gained international attention, threatening the reputation of the Communist Party, it was taken down. Shortly afterwards, Peng was unable to be contacted.

“The information has been picked up by the international community and triggered the international #metoo movement to be involved. It become an event and had the potential to damage the image of the Communist party and (Chinese President Xi) Jinping as a whole,” Dr Feng explains.

The response to international concern first came with the release of a message through Chinese state media, then photos, and most recently an interview with International Olympic Committee president Thomas Bach. However, widespread scepticism about the tennis player’s liberty and safety remains.

Peng’s disappearance followed a pattern of other high profile Chinese people “disappearing” from the public eye for drawing the ire of Party chiefs. This includes actress Zhao Wei (who has been seen in the Chinese streets) and businessman and Alibaba founder Jack Ma (he has been seen in Hong Kong and Spain).

China opened its doors to the world in 1978 and in the following year began restoring its judicial system. Dr Hsu said while China has made efforts to separate the justice system from the government, it’s a system that has only been established for forty years.

“So there are still a lot of problems, as we see.” 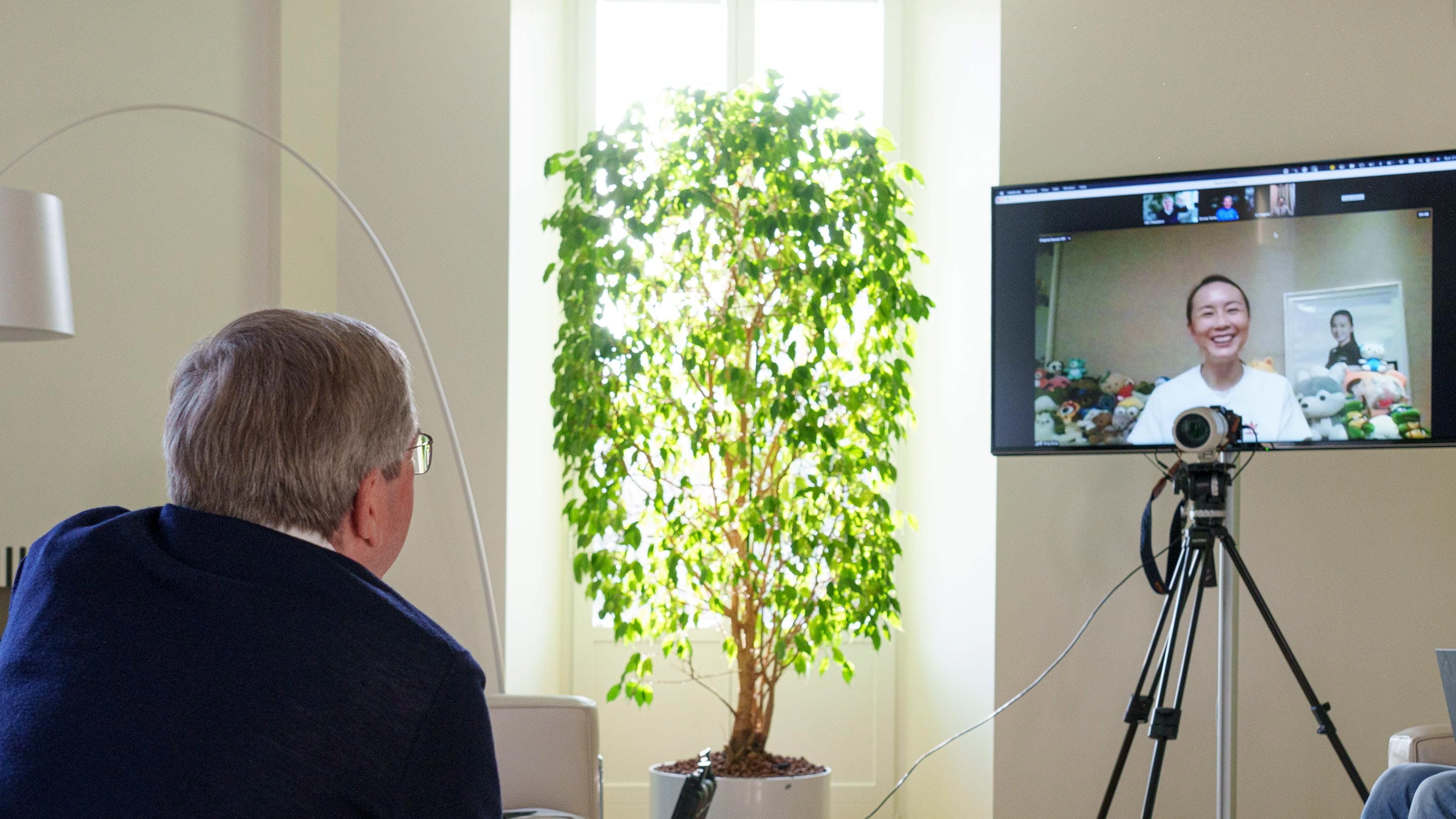 This year, the Chinese Communist Party unveiled a blueprint to overhaul the legal system to boost confidence in the courts. Although judicial independence is enshrined in the country’s constitution, in practice, courts ultimately answer to party leadership. State party leaders and judges have been reported warning against a Western model of law, including President Xi calling last year for a coordinated approach on the rule of law to safeguard China’s interests.

“[We] must strengthen our mindset about rule of law, [learn how to] apply it so [we] can effectively handle our challenges, and guard against risks,” he said, according to China’s official news agency Xinhua. 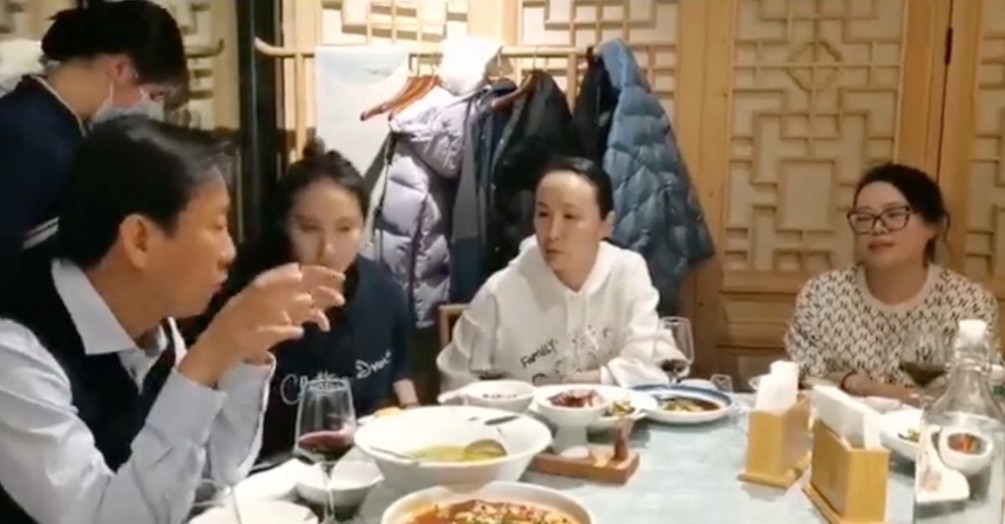 Dr Hsu said China uses foreign citizens as bargaining tools or chips, showing the justice system is not separate from the political process.

A recent example of China’s willingness to engage in ‘hostage diplomacy’ is the case of Michael Spavor and Michael Kovri, two Canadian consultants, who were jailed two months after Dr Yang.

They were released after three years when Chinese telecommunications giant Huawei executive Meng Wanzhou, arrested on a US warrant in 2018, left Canada in a deal with US prosecutors.

Australian journalist Cheng Lei has been detained since August 2020 with officials stating they suspected she was carrying out criminal activities endangering China’s national security. Her detention coincided with a deterioration of relations between China and Australia.

Dr Hsu explains that while the prosecution of Cheng Lei and Dr Yang are different, it is indicative of a breakdown in the relationship between the two countries.

“I think the detention of the two Australians suggests that there presently, there is no reciprocal goodwill present between the two countries,” she said.

“There hasn’t been any high-level engagement between Beijing and Canberra, which indicates the state of the bilateral relations is at a critical stage and needs some sort of engagement, at least for these two people who are detained.”

SBS Dateline contacted the Department of Foreign Affairs for comment but did not receive a response by the time of publication.

While the world waits to hear more from Peng Shuai, Dr Yang and his supporters anxiously await the outcome of his trial.

Cooking the Books: The Best Australian Cookbooks of 2021

‘If you’re a writer, you’re going to be a writer’